You’ve reached my OLD WEBSITE. For updates on my novel, other news and posts, please visit: https://stephaniestorey.com

I love it when something makes me see the world in a new way. I wrote a whole novel trying to change the way people see famous artists — not as genius legends up on pedestals, but as human beings struggling to create their work.

The last couple of weeks, I have seen several shows and exhibits that have changed the way I see art, theater, and even magic in the City of Angeles. I highly recommend all of these shows; they will all make you think — and might even change the way you see the world.

1. In & Of Itself. Derek DelGuadio at the Geffen Playhouse. Now through July 24

Art of Perception. Technically, this is supposed to be a magic show — and there are about five moments that are truly astonishing, magical moments — but the reason this is #1 on my list is because of what it does to your view of the world, yourself, and everything around you. For a novelist like me — who likes to THINK about art and the way we perceive things — this show was fascinating; I could watch it over and over and never tire. It will quite literally change the way you see things. Don’t miss it.

1. Jetzo. Improv at various locations/times including every first Friday of the month at The Nerdist

Art of the Moment. Like In & Of Itself, Jetzo transcends its genre. Technically, Chad and Juzo are an Improv duo, but they are so much more. They take their time. They listen. They are so present during each performance that it forces the audience to be fully in the moment and completely engaged in their strange, beautiful stories. They will make you think about life, culture, your place in it… And they will make you laugh. This is one of the best shows I’ve ever seen; Jetzo makes me think — and feel — something new every time. 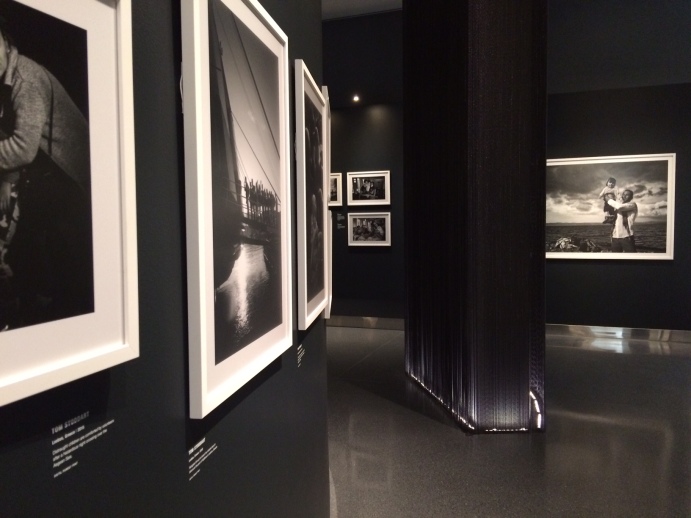 Art of Humanity. Sometimes, we want to ignore the refugee crisis; it’s easier when we don’t have to think about it. But the current exhibit at the Annenberg won’t let you forget it. It forces you to look at the issue, the real people behind the headlines, and at your own place in the story. It is gut-wrenching, but it also gives you hope that people can find their way no matter the obstacles and that we, as a society, can find our way toward being human to one another. I will never think about refugees — or any other person — the same way again.

4. Robert Mapplethorpe: The Perfect Medium. The Getty and LACMA. Now through July 31.

Art of Controversy. When I was an art history student in college, I had to sign a consent form to attend classes when Mapplethorpe’s work was shown. Today, his work makes me rethink the controversy. Yes, Mapplethorpe shocked everyone with S&M photos, but he also forced us to discuss homosexuality in an era when it wasn’t discussed… Seeing these two sister exhibitions at LACMA and the Getty right after Orlando makes me rethink the Mapplethorpe revolution — and consider the continued violence in a whole new light. (My reactions to this exhibit are not yet formed. They are too profound for a quick blurb here. Perhaps I will write more on the topic later). 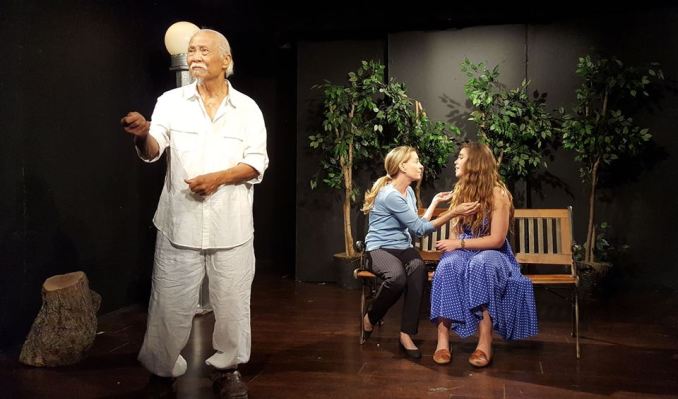 Art of Collaboration. The five original One-Act plays in this show were developed at the Writers’ Group at Actors Workout Studio — a collaborative effort between actors and writers in North Hollywood. Individually, each play made me think about my relationships with teachers, friends, family, strangers, myself (Dagney Kerr’s monologue is a stand-out), but it also made me think about the importance of collaboration and the potential it has to push artists to new heights.

Art of Power. Propaganda is power. This exhibit makes you think — about our democracy; the past, present and future of politics; the potential danger of one deranged man… At a time when our politics are so incendiary, this exhibit (produced by the United States Holocaust Memorial Museum) will force you to rethink the propaganda and imagery in our lives. You’ll never look at a political ad — or any branding — the same way again. 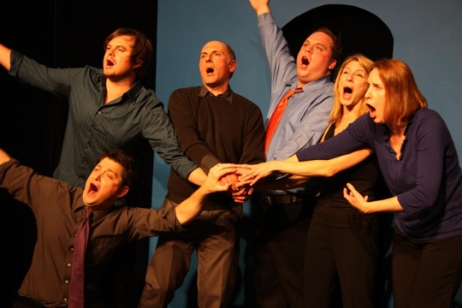 The Art of Musicals. Every night is opening night. Off an audience suggestion, Broadway erupts on a stage in LA. It’s funny and touching; pure joy wrapped up in song. For me, music is tied to memory, so I end up not only enjoying the show, but taking a trip down memory lane. This show will make you rethink the role of music in the stories of our lives — how those songs bind us, move us, shake us, change us… Love musicals or hate ’em, you’ll never see them the same way after this show

Art of Identity. Cindy Sherman will make you rethink female stereotypes and maybe even your own identity. If the media can produce such influential images of women, can the media also produce YOU? Are YOU a product of this culture, big business, the media machine? Her photos are beautiful, yet disturbing images that will make you think about the role of media, advertising and culture on your own self-perception. This is the first special exhibition at the Broad — which opened last fall to much fanfare; if this is any indication, we are in for some fascinating things from LA’s newest museum. 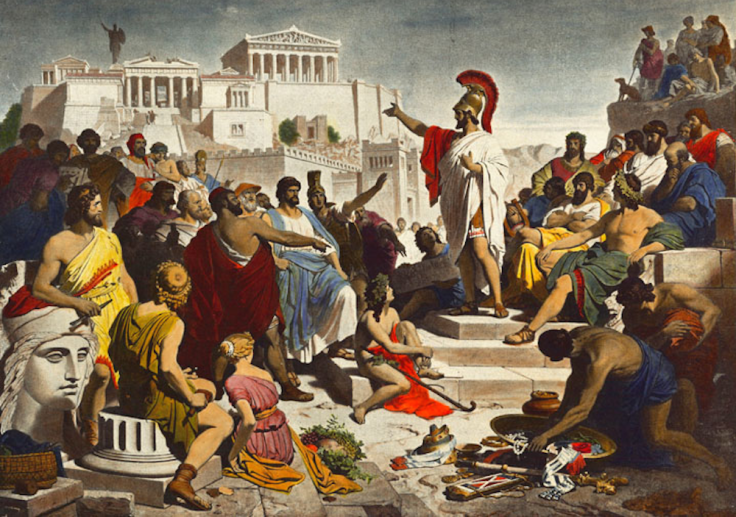 Art of Politics. I love a good Zocalo discussion — smart, thoughtful, usually addressing some relevant issue. And I’m really looking forward to this one. Obviously, it’s relevant to our current state of political affairs, but I’m also interested in how these things played out in the past. Maybe it will give us some sort of insight into our future… And who couldn’t use a little more thoughtful, productive discussion around politics these days?

Art of Art. I end where I easily could’ve begun: the iconic Hollywood Fringe Festival. Every year, artists hop on stages to express themselves. There are no barriers, no censors, no executives to impress before you go on — it’s your show. Fringe makes me think about the importance of art without the business… without studio execs and network suits and producers getting in the middle. As a Fringe performer, you are your own writer, director, producer… You hold the keys to your destiny. And as artists and audience members, that should give us all something to think about.

These shows are not playing RIGHT NOW — but you should keep an eye out for them:

Any performance at Deaf West Theater (don’t believe me? Check out their appearance on the Tony’s this year). They will change the way to see — and hear — music.

Billy the Mime (dirty and utterly brilliant mime; check his website for upcoming performances). He will change the way you see… so much. Just go.

ClownTown City Limits. (I don’t know if they’ll ever perform again, but they should and if they do, you shouldn’t miss them). They will change the way you see, well, clowns. And who DOESN’T want to change the way they see clowns?

What are your favorite, most thought-provoking shows in LA right now?